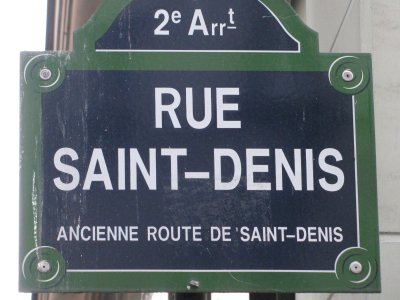 Paris attracts tourists with its unforgettable romantic atmosphere and rich history. However, there’s a place on the map of this city that shows it from a different angle. We are now talking about Saint Denis Street – one of the oldest streets of the French capital. Saint Denis is a historic red lights district in Paris that attracts the locals and the tourists with its historical attractions, shopping, and the unique atmosphere created by the sex workers one can meet in the streets of this unique spot. The name of this district is used as a euphemism to denote prostitution by the French mass media. Let’s dive into a brief historical excursion of the Saint Denis district to understand why it has become home to escorts Saint Denis.

The Past of the Saint Denis Street

Saint Denis is one of the streets that played a significant role in French history. Laid by the Romans in the 1st century, it is along this street that the French kings went to their coronations at Notre Dame. The same street witnessed the monarchs on their last journey to the Saint Denis Basilica, where they were buried after their death. The history of Saint Denis saw the battles of the Hundred Years’ War, the French Wars of Religion, and the French Revolution. Several historical monuments of the past still attract tourists from around the world, becoming reminders of the rich history of Saint Denis.

Places to Visit in Saint Denis

When you come to Paris, you should pay a visit to this atmospheric place to see the Saint Denis Basilica – a medieval abbey with Gothic elements in architecture, which became a necropolis for all French kings until Louis XVIII. Porte Saint Denis and Porte Saint Marten also deserve your attention. These works of architecture were created by the architect Francois Blondel to commemorate the victories of Louis XIV in Flanders and crossing the Rheine. Saint Denis is also remarkable for its arcades. Passage du Grand-Cerf, which dates back to 1825, was recently restored. Now it is one of the most beautiful and largest covered arcades in Paris, where tourists and locals can buy handmade jewelry, fashion clothes, and furniture. Another must-visit in the area is Passage du Caire. It is the oldest, the longest, and the narrowest covered passage in Paris. The glass roof of the passage looks like a fishbone. It got its name due to the Egyptian goddess Hathor whose three statues decorate the entrance to the passage. Passage du Caire was built in 1799 and became one of the architectural monuments devoted to the Napoleon campaign to the Egyptian pyramids. Now in this ancient building, the ready-to-wear wholesalers lead their business. Passage du Caire is not the only tourist spot that reflects the interconnection between France and the Arabic world. Fresque Tunisia Dans la Ville and Mosquee Noor-e-Islam are other proofs of the tight connection between this France and its former colonies. By the way, Mosquee Noor-e-Islam is the oldest mosque in France, and many people see it as a symbol of the peaceful coexistence of different cultures within the country. Walking through Saint Denis, you will see not only escort Saint Denis, which this street is famous for but also some pieces of street art. Some of the most popular street arts among tourists are Fresque Les Felins, Fresque Le Monde Sous Marin, and Fresque NTM. Saint Denis became famous not due to the historical facts we’ve mentioned and even not due to the historical sites it is home to. This street is known far beyond Paris and France because since the Middle Ages and up to the present day, it has been considered the red lights district of the French capital. Hundreds of sex workers live in Saint Denis, offering their services to the locals and tourists. Escorts Saint Denis is probably the most talked-about thing with regard to this area.

The Poor Image of Saint Denis

Despite welcoming more than 130,000 tourists annually, Saint Denis with its tourist attractions still pales compared to other popular destinations in Paris. And it’s not because there’s nothing to watch but because of the poor image of this northern suburb of Paris, which has stuck in the tourists’ heads. The riots of 2005 made Saint Denis a symbol of the troubled suburbs of Paris. The image of the area was hurt even more in 2015 when the “Stade de France” became the target of suicide bombers, and 130 people died in that terrible act of terrorism. All these things were widely discussed in the news, creating strong negative associations with Saint Denis. Such fame of the district pushes the tourists away. Still, those who want to see the other side of Paris and feel its authentic mood shouldn’t miss out on a chance to visit Saint Denis. The area is gradually changing for the better and is becoming safer for tourists. So, when in Paris don’t miss an opportunity to feel the authentic atmosphere of the Parisian suburbs.

The present-day Saint Denis lacks the fleur of the royal street. Now it’s full of cozy cafes and prêt a porter ateliers. Its southern part is a pedestrian zone and is closed for auto traffic. It’s full of life day and night. However, the things Saint Denis is famous for become visible when you approach its northern part. Here one will find adult shops and cinemas supporting the sex theme. In this area, a lonely traveler who seeks escort Saint Denis can also find numerous hotels where one can rent a room on a per-hourly basis. There’s no Parisian chic here. You won’t find luxury hotels and boutiques in Saint Denis. In this area, the rich French history is closely intertwined with cheap markets and warehouses with low-quality goods. But unlike the red lights districts in other European cities, Saint Denis in Paris preserves its unique gaiety and impudence, which you won’t find anywhere else. Where to find escorts Saint Denis? Well, there’s no need to look for them as the ladies are already waiting for the clients in front of the hotels. A kind of all-inclusive offer for someone who is not picky about the quality of escort services. You shouldn’t expect to see young and fresh women among the representatives of the oldest profession, as most of them have been working there for years and have already lost their luster. Nowadays, Saint Denis is known as a red lights district of Paris – nothing more. Despite its fame, there are many sights that may be interesting to a tourist who wants to see Paris from the inside. This area is definitely worth visiting when in Paris.

Those who come to France from the countries where the escort is prohibited may be confused about the legal status of escort Saint Denis. Therefore, we’d like to clarify how the French law regulates such an activity. In fact, it is legal to sell sexual services in France. Men and women working in escorts pay taxes and are overall protected by the law. They are not allowed to work in brothels, though, – only independent activity. However, the independent activity of escort Saint Denis is absolutely conditional. Every girl has a bodyguard, as they call themselves, which typically performs the role of a pimp. So if you happen to walk through Saint Denis and see a crowd of Afro-French men, look around, and you’ll see the escorts. Buying sexual services is illegal. The restriction came into force in April 2016. Therefore, the client bears legal responsibility for buying sexual services. They can be fined up to €3750. Statistic says that two people a day are arrested for buying sex services in France. However, the police usually condone such offenses. Escorts Saint Denis offer their services openly, and it’s not rare that they are related to the criminals. The authorities took this step in an attempt to reduce the demand, which should consequently influence the offer. Also, the policy of the Paris authorities works to push out sex workers from Saint Denis. To do this, they rent houses on Saint Denis Street to IT companies, thus enhancing the prices in the real estate market in this area. Escorts Saint Denis can’t stand the competition and have to leave the former red lights district. However, they don’t give up and demand their rights. Paris is one of the cities where there is an organized movement of sex workers. Every year they claim their rights on the Pute Pride. It’s an analog of the LGBT community’s Gay Pride.

People who are going to visit Paris usually stay away from Saint Denis Street as it has the fame of one of the most criminal areas in the French capital. Only some years ago, this was an absolute truth. The rates of robberies, murders, and crimes related to drugs were immensely high. In 2010, Saint Denis held the record of the most violent spot in Europe. Such high rates of criminality are mainly explained by the high concentration of immigrants of African descent in the area. While some of them became worthy representatives of their communities, others chose easy ways of making money. However, one shouldn’t be judgmental as some of these people were pushed on the wrong path by the Paris natives and the social ranking of people, which is clearly felt in the Paris air. The local authorities applied a lot of effort to break the statistics and take Saint Denis from the deep dark hole it was drowning in. Now this beautiful street is gradually whitening its reputation, becoming more attractive to the local investors who want to develop this historical area. The past fame of the most criminal Paris street and the red lights district is gradually disappearing. Some people say it’s good, while others are afraid that Saint Denis will be forgotten by the tourists without its famous zest.

Hiring a sex worker in Saint Denis is not the best idea for a tourist who wants to spend an evening in the company of a beautiful and engaging woman. The low quality of escort Saint Denis and the potential legal responsibility for using their services can leave the worst memories of your visit to Paris and this district in particular. Besides, such an adventure may be dangerous due to the tight connections between the call girls and criminals, so you’d better not risk it. If you really want to enjoy your time with a worthy woman, you should consider booking an elite escort to accompany you on your visit to Paris. Anna Claire high-end escorts agency offers an exclusive selection of Paris elite escorts models and individual concierge services to respectable gentlemen. Our gallery contains only the most refined, attractive, and intelligent ladies who will make your stay in Paris an unforgettable experience.

Despite the specific atmosphere and high level of criminality of Saint Denis, this street is a unique authentic flavor of Paris. It has been the source of inspiration to many photographers, such as Massimo Sormonta. Artists working and exhibiting their works in this street found inspiration in the African motives, which can be seen here and there in Saint Denis. By analyzing the current life in Saint Denis, it becomes clear that in some years, this peculiar Paris attraction may disappear with no chance to return. So whenever you come to Paris, we recommend you to visit Saint Denis Street as a tourist. It’s a great spot to spend time with Anna Claire elite escort model.