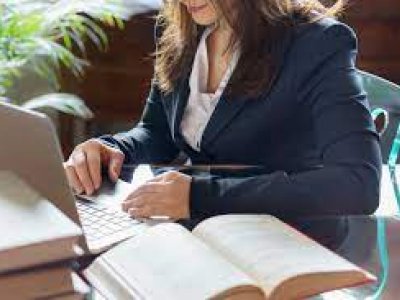 The legality of escorts services is a delicate topic, which splits people into two camps: those who think escorts should be legal, and those who consider it totally unacceptable. Talks around escorts and their legal status have been continued since ancient times, but there’s still no common opinion. At the same time, about 42 million people are involved in some kind of escorts services (elite or lower end). The majority of these workers are not protected by their state laws and have zero social guarantees for the future. What’s more, some of them are considered criminals in their countries and are prosecuted by law. Legislation of different countries significantly varies in what relates to escort services. Some have already changed their laws granting escorts full legality, such as Switzerland. Others still see escorts as a felony. We’ll try to figure out the differences and explain the reasons why it is so.

What Factors Influence the Legal Status of Escorts?

The national opinions regarding escorts and services tangent to them are very different. Legal escorts services are available in a very limited number of countries, predominantly in Europe. Such a state of things is due to many factors that affect the legal status of escorts. We’ll name some of them for clarification: • Ethics and morality. This factor is particularly influential in countries with a strong power of religious beliefs. • National religion of the state. Countries with a significant impact of religion on politics don’t accept alternative opinions on the legal status of escort in their countries. Islam, for instance, has zero tolerance for escorts, which is clearly reflected in the legislation of the Islamic countries. • Economic status of the country. States with developed economies tend to be more progressive in their attitude toward escorts. While developing countries remain less flexible in this regard. • Women’s rights. Strong democracies are more prone to legalizing escorts than countries where women’s rights are still being limited. Many states claim escorts shouldn’t be legalized due to the risks of female sexual exploitation and sex trafficking. Some governments avoid this topic not to cause resonance in the society and lose votes in the coming elections. Anyway, ignoring the problem of illegal escorts existence, the governors have no chance of solving it. Only clarifying the issue and finding solutions that will be understandable for the residents of specific territories can help protect women involved in the sphere and people using their services.

What Are the Potential Risks of Legal Escorts?

A refusal to provide legal status to escort models and escort agencies is based on common fears and prejudices. Many countries are against legal escorts services, saying that permission for legal work of escort workers may lead to: • the growth of female sexual exploitation rates; • coercion of women to provide sexual services; • boost in sex trafficking; • a decrease in the levels of morality in the society; • human trade; • woman rights violation. All these risks have the right to exist. However, there are effective ways to avoid the mentioned problems and give escorts a legal status. For instance, detailed and unambiguous laws may help to control the sphere of legal escorts on all levels. Not to be unfounded, let us show you the statistics on the number of victims of sexual violence in Switzerland, where legal escorts have been working since 1942, and Croatia, where escorts are out of the law. But first, it’s important to mention that the population of Croatia is twice as small as the population of Switzerland. Now to the point: 1 in 3 women in Croatia have experienced sexual violence, while in Switzerland, this rate is 1 in 5. As you see, the effect of legalizing escorts might be absolutely opposite to what is considered possible. So our point is this topic deserves discussion.

The Potential Benefits of Legalizing Escorts

As you can see from the example above, legal escorts are not as bad as they may seem at first. Knowing the potential risks of legalizing such services, we can now get down to the potential benefits of taking such a step. The first thing coming to mind is an increase in the state budget revenue due to the de-shadowing of the sphere. Just think of it: millions of people will start paying taxes. Isn’t it what every government would like its citizens to do? Another strong argument in favor of legal escorts is the safety of the workers involved. Paying taxes, they get social guarantees like the representatives of any other profession. Along with this, escorts ladies can receive quality medical help and improve the quality of their lives overall.

The legitimacy of escorts in different countries and even regions of the same state vary. To help you understand how safe it is to use escorts services in your country, we’ll share some details on the legal status of escorts in Europe, the United States, and Islamic countries.

Europe and Its Attitude to Escorts Services

European countries appear to be most tolerant of escorts services. Turkey, Hungary, Greece, Germany, the Netherlands, and Switzerland legalized escorts services and now receive tax fees to the budget from the workers employed in this sphere. The situation is a bit different in 15 other countries that suggest limited legality status for escorts. What does this mean? The ladies involved in escort services are not prosecuted by the law if they have self-employed status. At the same time, people and organizations who work as intermediaries, for instance, escort agencies, can be charged with a crime. Another model, which is also used in some European countries, presupposes prosecution of the clients using escorts services, while the ladies providing them are considered blameless. Such an approach aims to reduce demand for escorts services, which will naturally affect the supply rates.

Escorts Services in the United States. Are They as Liberal as They Want to Appear?

The United States has always seemed the stronghold of liberalism and democracy, but when it comes to legal escorts, things become ambiguous. Currently, escorts services are illegal on the entire territory of the country, with an exception for certain counties in the state of Nevada. Yet even there work significant restrictions as to the operation of this business. Unlike in the European countries with limited legality status of escorts, in the US, not only intermediaries but also individual escorts are considered perpetrators. Until 2018, the services working online, including those offering escorts services, were immune from civil liability for the actions of their users and service providers. Things changed in April 2018, when the so-called FOSTA-SESTA package was adopted. Its aim was to prevent the avoidance of criminal liability for people involved in sex trafficking and sexual exploitation of children. Along with this, the law made life very difficult for the representatives of the escorts business. Despite the prohibition of escorts services, they are still available in the United States. Statistics show that approximately 15 – 20% of male Americans used their services at least once in their lifetime. As we see, prohibition doesn’t mean absence.

Muslims are expectantly less tolerant of escort services. As in many Islamic countries, their religion is tightly interconnected with their politics, and the laws regulating escorts are very strict. In some cases, they are cruel. However, the severity of punishment for being involved in providing escorts services varies depending on the status of the lady, her religion, and the country where the crime (in Islamic countries escort is a crime) was committed. Ladies working in escorts services in religious Islamic countries put themselves at numerous risks. If they are foreign residents, they may be deported from the country. However, for most ladies, this is the best scenario possible because other ways of punishment for such actions are much more severe, for instance: • from 3 to 10 years imprisonment; • heavy fines; • flogging (was abolished in 2020); • life imprisonment; • death penalty; In some countries, like Saudi Arabia, the foreigners providing escort services may be deported only after the end of the sentence. The stories about escorts models spending long years in prisons in Islamic countries are not rare. So every girl working in the Middle East is walking on a knife edge.

Anna Claire Agency’s Opinion on the Legal Status of Escorts

Anna Claire elite escorts agency recognizes the ambiguity of the situation surrounding the legal status of escorts. We deeply respect the opinion of people who are against the legalization of escort services and treat their ethical standards, socio-cultural norms, and religious beliefs with understanding. However, we cannot but mention that prohibition of escorts services doesn’t eradicate them. This business is equally flourishing in the countries where it is regulated by the state and those where the laws forbid it. What does this mean for the government refusing to give legal status to escort services? It means only one thing – huge financial losses. The illegal status of escort is the reason for the workers not to pay taxes, and these are hundreds of thousands of dollars. Such a status of escorts services harms not only governments but also the workers involved in the sphere. Instead of protecting them and giving them social guarantees and legal status, the authorities make them go underground. Here is how the illegal status of escorts affects its workers. • Ladies working in escorts are often forced to do so due to difficult life circumstances. The illegal status of such work makes women still less socially protected. • They receive no legal support from the authorities, so they often become victims of crimes. • Women working in illegal escorts can’t receive quality medical help. • Escorts workers don’t have access to informational support that could improve their social position.

While the talks around the legal status of escorts continue, elite escorts agency Anna Claire has been working legally since the time it was established 15 years ago. Anna Claire luxury escorts agency is registered in Switzerland. The key principles we follow in our business are transparency, ethics, and respect for our models, clients, and the law. We highly cherish the ladies working for the Anna Claire agency. Our clients may be absolutely sure that all the models working via Anna Claire do so voluntarily. There’s no place for coercion here. All the details of the escort are discussed with the model in advance of the meeting with the client so that we might be sure that both parties agree on them. Our models know their rights perfectly well and are protected by the laws of Switzerland. We are proud to have a spotless reputation and, therefore, any type of illegal business is unacceptable for us. Anna Claire is a high-end escort agency. The services we provide are not for everyone. Our clients are high-status affluent gentlemen who respect ladies accompanying them. This is important for us.

The topic of legal escorts is much spoken about. But only a few countries moved from talking to actual actions towards legalizing them. We clearly understand that the traditions and religions of some countries exclude the chance of escorts ever becoming legal there, and we respect that. But there are also states where the shadow escorts business is flourishing, and this shouldn’t be left as it is. Regardless of the sphere people work, they deserve to be protected by their states. The luxury escorts agency Anna Claire is the best choice for a respectful man who seeks the companionship of the best, most beautiful, intelligent, and educated escort ladies working legally.